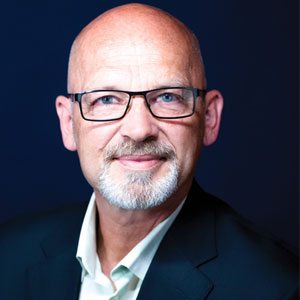 Matthew M. Gibson, Co-Founder, CEO & President
'Slow and steady wins the race’—this adage may not entirely stand true in today’s volatile business scenarios where achieving efficiency is closely related to rendering tasks in speed whether it is deal-making or anything for that matter. The process of signing a deal or confirming a transaction in a multi-setting environment has been historically complex with risks that result in a delay in closing deals or losing one that ultimately proves to be detrimental to businesses. Although Signature proxy or other early forms of e-signature solutions appear to be beneficial for lower level transactions, when it comes to governments, law firms and financial institutions that demand the highest degree of identity and transaction security, ink on paper is still considered to be the last and best resort. To this end, Syngrafii, a Toronto-based company, rolls out a legally based technology solution that addresses all external regulatory and compliance needs; one that deviates from the current rudimentary forms of e-signature without compromising on ease and convenience of use.

The story of the company’s inception is intriguing, to say the least, and dates back to 2006 when Canadian author, Margaret Atwood felt the necessity of interacting with her readers through video conferencing while still being able to sign a book through a real pen. The rest, as they say, is history.

Having served the arts and entertainment industry initially, and then the business sphere, the company has gained an all-inclusive cognizance of the common pain points related to the signing of deals and approvals, and the inefficiencies of paper-based or e-signature methods. “Today, Syngrafii provides its clients with the opportunity to complete transactions in the digital channel on both digital and physical documents using original, one-time-use ink-based signatures, thereby securely supporting high-level transactions. Our technology is continuously becoming the common choice in fintech, government, law, and corporate transactions,” says Matthew M. Gibson president, CEO, and co-founder of the company.

Syngrafii’s uniqueness stems from its particular focus on solving identity issues allowing “click, type to sign (proxy); original one-time use signatures in digital and on physical documents.” as Gibson says, “The technology does not allow the cutting and pasting of signatures or the reproduction of proxy (typed or image-based) signatures. This is more secure, and by recording an audit trail, our platform ensures greater transaction compliance and non-repudiation.”

Working closely with Cisco, the go-to provider of video conferencing solution across 45 countries, Syngrafii realized that the video conferencing eliminates geographical periphery making communication easier, however, closing deals in real time is still a long shot. Syngrafii’s Video Signing Room (VSR), a web video conferencing platform ensures the closing of an agreement in real-time and delivers profit-driven results through live sign capabilities using the Syngrafii Paper (or sPaper.) Interestingly, the whole session is recorded, adding an extra layer of security and validation, which can also drive the demand for video conferencing adoption.

Syngrafii has an ambitious plan to work with Cisco in the future to ensure new lines of revenue through highly secure document execution combined with video. In addition to such a unique value proposition that is a testament to the company’s focus on growing as an electronic signature and e-paper firm, Syngrafii offers LongPen™ to serve those areas where “hard signature” is still a requirement. This robotic pen captures the original signature on mobile devices and reproduces it accurately on paper.

Such a novel solution has, as one might infer, widened the client base of Syngrafii; and the story of the East African Community (EAC), a regional intergovernmental organization with 6 Partner States— including The Republics of Burundi, Kenya, Rwanda, South Sudan, the United Republic of Tanzania, and the Republic of Uganda— can best validate the specialty of the solution. With a GDP of $172 billion, the EAC turned into one of the fastest growing regional economic blocs in the world and to widen and to deepen the co-operation among the Partner States; the EAC Secretariat adopted Cisco Video Conferencing Solutions. But, they were confronted with setbacks regarding the signing of an agreement since the documents had to be carried physically to partner states which often resulted in document misplacement or cancellation of the deal. In search of a solution that would enable them to manage document more efficiently and securely, EAC deployed LongPen™ that enabled meeting session participants from each partner states to send their biometrically accurate wet-ink signature to the LongPen™ which would then be replicated on the document. Along with this, the EAC has moved to the e-signature module to sign documents electronically to not only become more efficient in working across diverse geographical locations cost efficiently, but also to emerge as a paperless organization.

With many such compelling accounts of client success under their sleeves, Syngrafii has unwavering plans to expand to new markets globally with particular focus on North America and Europe ensuring a higher level of trust —with a technology that has already been used to sign Cabinet-level documents. To execute the plans of expansion across the planned trajectory, the understanding of shifting market trends is imperative. Gibson believes the falling cost of high-quality cameras and advanced mobile devices and the inability to travel across several global locations will propel corporate to adopt Cisco solutions which will end up in enhancing the requirement of authorization through signature in real-time.

Syngraffi Inc. has teamed up with TradeMark East Africa to provide The EAC Secretariat with a better and faster solution for the execution of critical official documents, simultaneously taking care of the confidential information.

FREMONT, CA: Syngraffi Inc. and TradeMark East Africa (TMEA) have collaborated and further allied with The EAC Secretariat to transform the procedure of executing agreements between the Partner States by deploying a digital channel for the signing of official documents. TMEA has facilitated a digital channel's deployment within The EAC Secretariat, where the first Syngraffi LongPen was installed along with sPaper to provide enhanced operational performance, more significant geographic market reach, and speedier document execution for The EAC Member States. This will serve distinct government initiatives and their respective business units together with their partners as well as the constituents they serve.
Read More

TORONTO - Syngrafii Inc., the leading eSignature company worldwide that provides the ability to execute original biometric ink signatures onto hard copy or electronic documents, today announced the launch of its platform release 2.1 which integrates technical and operational enhancements along with a new Spanish language interface.

VSR™ is a patented, all-in-one electronic signing solution that allows the signing, witnessing, and secure storage of documents in a secure live video-conferencing session that can accommodate multiple document signers. VSR™ preserves the biometric protection of a traditional signature, mitigates the risk of fraudulent behaviour, provides enhanced consumer protection, and lowers the environmental impact of in-person signing.

The Syngrafii Signature Platform now operates in English, French and Spanish with new language localizations scheduled to be added on a regular basis.

Syngrafii’s eSignature tools have been adopted widely by clients in the banking, legal, auto finance, and government sectors across Canada, the U.S. and EMEA. Current clients and partner integrations include Vizetto, major law firms, MaRS and the East African Community among others. 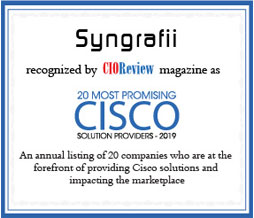