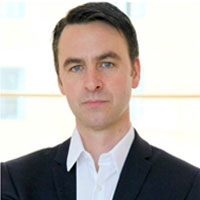 Paul Glynn, CEO
As sensors invade every facet of our lives, more things will be connected to the Internet than people. Cisco’s Internet Business Solutions Group (IBSG) predicts that by 2015, around 25 billion devices will be connected to the Internet, which will reach 50 billion by 2020. However, Paul Glynn, CEO of Davra Networks, reckons that this new concept of interconnected devices is not a novel idea, but one that has been in existence for a long time—with trains, trucks, buses, CCTV cameras, vending machines and ATM kiosks among the communications end points.
“If an organization wants to connect its corporate network to the sensors on their vehicle fleet, or a retailer wants to get information about the status of beverages from the vending machines, IoT is just the logical extension of the network infrastructure they already have,” remarks Glynn. The people who deliver this connected environment are system integrators and network VARs (Value-Added-Resellers)—the same folks Davra has been working with ever since its inception to add intelligence to the world of interconnected devices. “With the Internet of Things, they want to move beyond their client’s IT circles and embed themselves into businesses by offering more value. We help them in this pursuit,” adds Glynn.

Davra’s end-to-end RuBAN™ platform is an ideal solution because it lets system integrators and network VARs quickly and easily provide a wide range of useful solutions to address this burgeoning market. RuBAN covers everything from utilizing “fog computing” to collecting data from sensors to presenting it as usable business intelligence on the desktop.


In one such instance, a Davra client - a system integrator - was approached by a rural school district in Texas to install Wi-Fi systems on their fleet of 200 school buses. Since students were spending up to four hours per day on the buses, having Internet access would enable them to study and do homework during their long trips. To make full use of this connectivity, the system integrator not only installed the Wi-Fi service but added engine monitoring systems, cameras, tire pressure monitors and a bevy of other such sensors and connected them together with Cisco 819 Integrated Services Routers (ISR). The RuBAN platform pulled out data, analyzed it and presented it in a useful, understandable way to the right people in the district. “This mass of data was converted into simple information such as, ‘The engine is overheating,’ ‘The bus will be delayed by fifteen minutes,’ and ‘All the students are onboard’,” explains Glynn.

In the case of the connected school buses in Texas, Davra's platform is not only helping students study but by monitoring the operation and condition of buses, it's helping the district save money and increase efficiency. Glynn sees a bright future for Davra, as the company already has successful IoT customers while much of this market is still in its nascent stage. “We will be part of this ‘50 billion connected devices by 2020’ journey,” concludes Glynn.

Description
Developer of intelligent management platform for the Internet of Things. 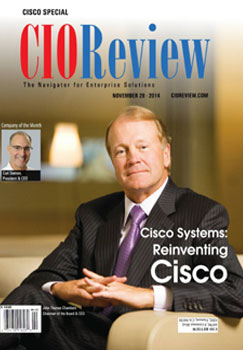