The Cloud Disrupted HP, Is Cisco Next?

The Cloud Disrupted HP, Is Cisco Next? 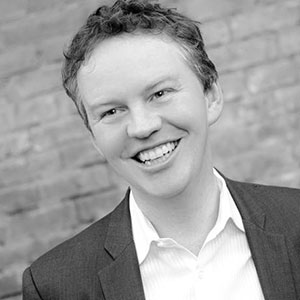 The macro trend that is driving all these companies is the move from on-premise hardware, software, and capital expenditures, to the cloud (there's that word again) and operating expenditures. To understand how this trend is affecting the market, it's important to look at the three tiers of an enterprise's infrastructure: store and compute, application, and edge. The transition to the cloud is affecting each of these tiers differently.

Previously, companies like HP, Dell, EMC, Sun, IBM, and thousands of others sold servers on which an enterprise could store data and run computation. Over the last 10 years we've witnessed a transition from virtualization that allowed you to get more out of your existing servers, to a situation where more of those functions are being run on cloud platforms like Amazon Web Services (AWS).

HP and Dell spent much of the last decade worried that VMware would mean they wouldn't sell as many boxes. The real existential threat to these companies, however, was that services like AWS meant that users wouldn't have to buy a box at all.

Moving the store and compute tier to the cloud is often the hardest sell in most enterprises. Data at rest on cloud platforms means that they pose significant security and availability concerns. However, the virtually infinite elasticity, scalability, and cost savings has lured even some of the most conservative organizations to begin testing workloads in the cloud.

While there were thousands of companies that would sell you a server prior to the move to the cloud, there were really only three companies that dominated the enterprise application space: Microsoft, SAP, and Oracle. These companies made suites of software that satisfied fundamental enterprise needs like CRM, ERP, financial reporting, messaging, and collaboration.

In the past, you'd buy the Oracle CRM software and then spend millions on a systems Integrator to customize that software to your particular needs. Today, cloud, SaaS companies are emerging to tackle specific industry verticals. Just looking at industry segments that start with the letter "D" — doctors, dentists, drug reps, and day spas — there are at least eight successful startups worth over $100M each working on CRM solutions specific to each industry's need.

Software solutions customized to a particular industry's needs, without the time and expense of a traditional systems integration project, have made these vertical-specific cloud application providers very attractive. In other words, Salesforce is unlikely to be the last word in CRM for everyone. Expect, instead, to see verticalized cloud solutions proliferating in the years to come.

In the pre-cloud world, the edge of an enterprise network was easy to define: the four walls of a data center. A connection to the rest of the internet would come into the data center and pass through a series of boxes that controlled access to the applications inside.

Imagine the three want-to-be users of your enterprise applications as employees, customers, and hackers. Edge boxes like routers, switches, load balancers, firewalls, and WAN optimizers controlled how those users accessed (or were blocked from accessing) the applications inside the data center. Cisco was the 800-pound gorilla producing the boxes that provided this control, but there were hundreds of others like Juniper, F5, Riverbed, all the members of the Firewall of the Month Club, and many more.

The move to the cloud poses two challenges to edge hardware vendors. First, because these boxes have limited capacity, they're increasingly failing under the pressure of the modern web. For instance, denial of service (DDoS) attacks have been producing hundreds of gigabits per second in recent months, and there's no hardware solution that can scale to stay ahead of them. The same challenges that caused many hardware manufacturers to exit the DDoS-mitigation space will, in turn, affect routing, switching, load balancing, firewall, and other edge hardware solutions as well.

Second, as the application layer moves to the cloud, there's no way for boxes to provide the control an enterprise needs. Imagine you call Netsuite and say that you're concerned about advanced, persistent threats so you're going to ship them a FireEye box to install. There's no way they can do it. The fact is that edge hardware will have a smaller and smaller role in the new cloud world.

The future of the edge is an intelligent network with all the control that used to be delivered by hardware built in. That is what companies like Akamai and CloudFlare are creating. Today, these networks provide functionality like intelligent routing, DDoS mitigation, firewalling, and load balancing. Over time, cloud edge providers will add functionality like identity management and data loss prevention that, to date, were handled only with on-premise hardware.

If you listen to their earnings calls today, Cisco, and other edge box manufacturers, are worried about upstart Software Defined Network (SDN) companies like Arista and the prospect that their rise will mean users will have to buy fewer boxes. That mirrors HP worrying about virtualization while the trend that would, in the end, actually seal their fate was the rise of AWS. The real existential threat to edge box vendors isn’t SDN companies. Instead, it’s the prospect that, in the future, you’ll be able to get intelligent routing, load balancing, WAN optimization, and security services from an intelligent network. And that’s the future that companies like CloudFlare and Akamai are building.