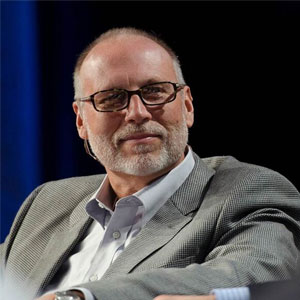 2015 should prove to be a pivotal year for enterprise cloud adoption, thanks to a series of critical developments, including accelerating interest in the hybrid cloud.

Enterprises appear to have just started to deploy hybrid clouds in meaningful numbers and sizes. The barriers to hybrid cloud adoption have often been tied to the costly and cumbersome requirements for extending security and compliance-related controls and services into the cloud.

The Security and Compliance Barrier

Concerns about security and compliance have topped various lists as the biggest barriers to cloud adoption. Yet even these concerns are easing as a result of ongoing cloud provider investments and new offerings aimed at enterprises. The security and compliance gap between private cloud and public cloud capabilities has been shrinking, as per recent research. In fact, the public cloud is already superior to many existing data center environments, and clearly most expect the gap between the two to dissolve as billions more are invested in advanced cloud infrastructure.

Last year I spoke to a CIO at an organization that deployed hybrid cloud disaster recovery (DR) ahead of the pack. When he brought up the idea initially, he faced some early resistance re­lated to cloud security. So the team hired a security auditor to test the organization's environment in the cloud. A few weeks later the consultant started the meeting with, “I have some good news and some bad news.” The bad news was that there were some security vulnerabilities.

“What could possibly be the good news?” the CIO asked.

“There are fewer vulnerabilities in the cloud than in your native environment,” the consultant answered.

Even if cloud providers offer better security and compliance, the migration path, especially for larger enterprise environments, is treacherous. Complex network, security and management controls need to be extended into the cloud. These processes have traditionally been expensive, time consuming and risky.While clouds have matured to enable enterprise-equivalent controls, the cost of extending those controls from the premise into the cloud has been prohibitive for many enterprises.

A recent survey published in CRN.Channelweb.co.uk found that 41 percent of the respondents (companies) felt that migrating complex apps to the cloud is ‘more trouble than it's worth.’ There is good reason for the findings: the traditional body shops and the various tools created to run on virtualized environments, typically donot automate the vast number of processes involved with extending the critical network, security and management services from the premises into the cloud.

This lack of automation has left plenty of costs and risks on the table, discouraging many from deploying hybrid clouds.

The Rise of Hybrid Cloud Automation

Hybrid cloud automation software has matured and is now more capable of extending critical network and security services needed to address security and compliance requirements. Automation has spread from mere image conversion or server-level blueprinting tools to platforms that automate the discovery, blueprinting, provisioning and synchronization of entire app stacks, services and databases for migration to the cloud or cloud DR.

Late last year I spoke with one of the leading disaster recovery analysts; he said the average cloud DR deployment was fewer than 20 servers, and few deployments were for apps supporting 30 or more workloads. This year, environments looking for hybrid cloud deployment are many times larger. For example, late last year MyPoints shuttered its western regional collocation facility and moved its 100-plus legacy server environment into AWS using hybrid cloud automation software for Pilot Light DR.

The MyPoints team found software that tackled the issue of extending networking security into the cloud. Critical processes were automated, saving time and money while reducing risk. As a result MyPoints reduced its TCO by 50 percent while establishing its first quarterly DR test plan.

Discovery: Discovery of hosts (physical or VMs) in the application and mapping of dependencies (services, configurations, or settings)

Initiation: Igniting into production for testing, outage or migration

The most challenging and yet vital hybrid cloud automation processes involve the network, security and management services, i.e., those that often address security and compliance requirements. From discovery to provisioning, missteps in this area can add massive costs and risks to any project, especially for large environments. Databases also have specialized needs for integration, often requiring third-party tools.

MyPoints relied on software that was powerful enough to address its demanding network and security requirements for an environment of more than 100 systems.

So as enhanced security and compliance make the cloud more enterprise-friendly, the key migration and deployment processes for extending security and networking services into the cloud are becoming increasingly automated. As that happens, hybrid cloud deployments will become even larger and adoption will increase at a faster rate.

The missing link for the hybrid cloud for those still waiting for the hybrid cloud DR payoff? Robust software that automates otherwise manual processes required to bridge the premises and the cloud. This software will allow the enterprise cloud, and especially cloud DR, to come of age, as recently proven by MyPoints.